Following a sort-of breakup with her boyfriend, Queenie enters full rebound mode. But as she trawls dating apps, she soon realises that hooking up is hard enough without the added problem of racial fetishisation. To make things even worse her old-fashioned relatives view therapy as shameful and her boss at the magazine isn’t letting her write about anything she genuinely cares about.

As she bounces haplessly from one poor decision to another, Queenie realises that there’s nothing like hitting rock bottom to give you a whole new set of priorities.

Carty-Williams set the tone right from the start, dealing with emotional and traumatic issues in the very first chapter, but alongside offbeat moments of humour. I immediately found the narrative style very intimate as well – it gave me Eleanor Oliphant Is Completely Fine vibes! 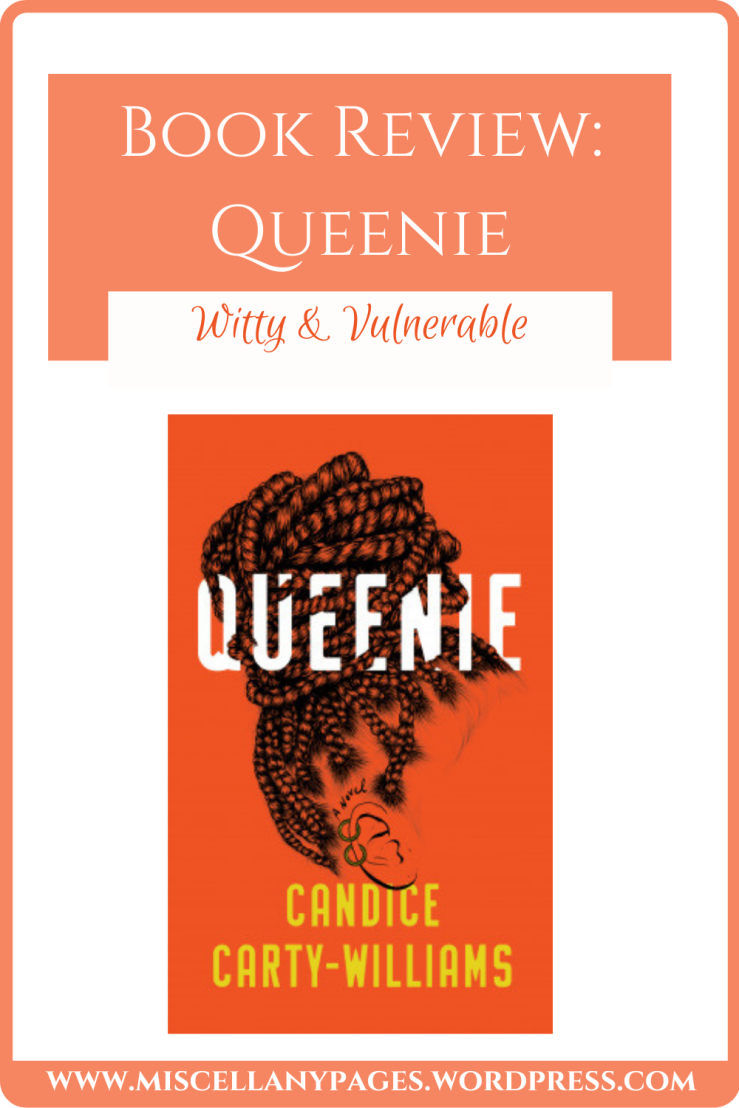 Queenie is incisive throughout, offering social commentary on issues as wide-ranging as structural racism, mental health stigma and sexual abuse. These are all explored through a character-centric lens as we have first-person access to Queenie’s thoughts.

Some people have found Queenie and her somewhat self-destructive behaviour frustrating, but personally I enjoyed seeing the character growth throughout the book – not only in the protagonist but those around her (I loved the underrated character of Queenie’s grandpa!)

One of my favourite elements of the novel was the incorporation of text and email exchanges between Queenie and her girlfriends – they made me laugh and the depiction of female solidarity offered some hope and light between otherwise very dark passages.

I was delighted to hear that Queenie won the British Book Awards 2020. I think here in Britain we have a problematic tendency to assume that racism isn’t an issue in our own society, and it’s only an ‘American problem‘.

Seeing the microaggressions that Queenie consistently endures as a Black British woman was shocking. That’s one important benefit of character-centric novels like this: it’s one thing to know what structural racism and microaggressions are, but quite another to properly appreciate how pervasively they can impact an individual’s life.

A lot of Queenie’s issues are ignored or dismissed at the start because she doesn’t display well understood or ‘desirable’ symptoms – when we might expect her to physically withdraw from others, she closes off emotionally but engages in harmful sexual liaisons.

This means her messy behaviour is coded as a character flaw by others rather than a result of mental illness.

1. Queenie’s relationship with her family is far from perfect. What did you make of it – do you think they were supportive overall?

2. Which characters do you think showed the most growth throughout the book, and why?

3. Carty-Williams manages to tackle deeply sensitive issues while incorporating lightness and humour at the same time. Share one of the moments from the novel that made you laugh.

“Being brave isn’t the same as being okay”

Read if: You want to enjoy character-centric literary fiction with a story that is both witty and vulnerable.

Have you read Queenie? What did you think? Let me know in the comments – I would love to hear from you!

4 thoughts on “Queenie by Candice Carty-Williams: Character-Driven, Witty and Vulnerable”