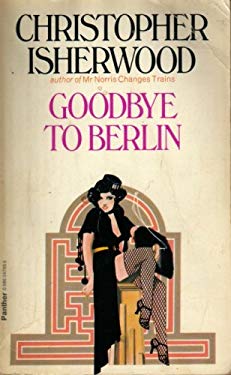 Christopher Isherwood, an English tutor and novelist, is rootless. Yet it is this quality of rootlessness that allows him to seamlessly drift between the high and low of Berlin society, from decadent lakeside houses to cramped attic rooms shared by entire families.

Goodbye to Berlin is a semi-autobiographical collection of episodes that portray life in 1930s Berlin. Poverty, suffering and the rise of Nazism is beginning to give a threatening edge to all of the rich possibilities of the city.

Short story collections are hit-and-miss for most readers. Even in the best, there are some tales we love more than others. However, I found that reading Goodbye to Berlin was a more cohesive experience, since every story is linked by the same (semi-autobiographical) narrator Christopher Isherwood. I would have described it as a novel in diary form rather than a short story collection.

Right from the start, there are casual references to growing Nazi activity. My stomach dropped when, with the benefit of hindsight, I realised the extent to which people were burying their heads in the sand. Isherwood also matter-of-factly depicts the heavy sense of poverty, social instability and decay surrounding Berlin during this period – a heaviness that becomes ideal breeding ground for scapegoating and fascism.

“She is merely acclimatizing herself, in accordance with a natural law, like an animal which changes its coat for the winter. Thousands of people like Frl. Schroeder are acclimatizing themselves. After all, whatever government is in power, they are doomed to live in this town.” 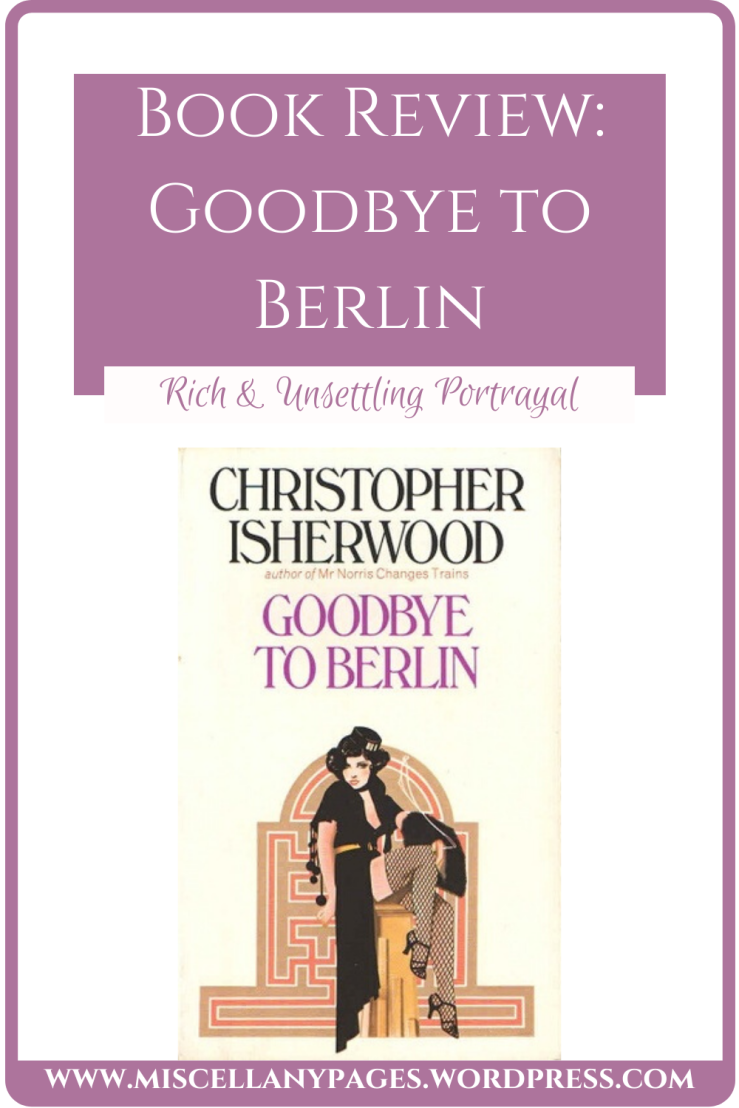 Another element that made this short-story collection feel novelistic was the sense of threat that builds as the book progresses. What begins as offhand references to Nazi activity becomes outright violence and barely concealed terror, even more sickening because we’ve seen it coming all along.

As well as creating this agonising tension, Isherwood has a talent for holding his readers through uniquely insightful character renditions. From Sally, the ruthless wannabe actress, to Frauleine Mayr, the eccentric lodger who has an obsession with tarot readings, they seem like little distilled units of human nature in all its strange essences. Many are decadent, shallow and not particularly likeable, but this fails to diminish their fascination.

Despite this insight, the narrator always feels somewhat detached from the lives of the people he depicts. While sharply observant, he never seems interested in the misfortunes and joys of their lives the way a genuine friend would be. Consequently, it becomes difficult for readers to become more intimately invested in the story. 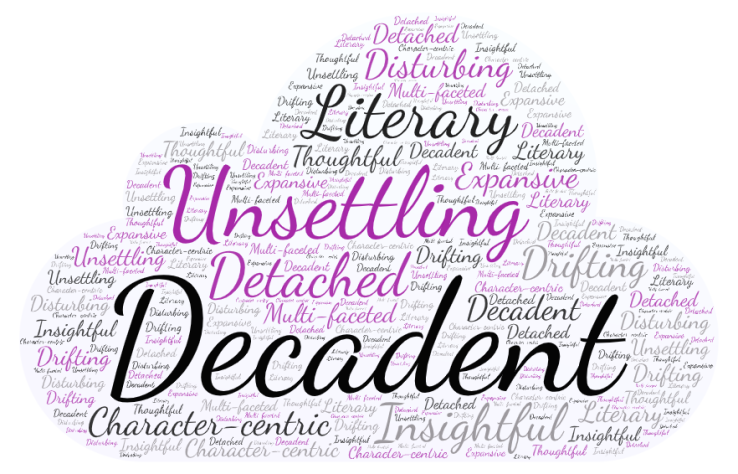 Christopher Isherwood is an LGBT+ author, and Goodbye to Berlin is semi-autobiographical. There is certainly a gay subtext throughout, but this is somewhat veiled due to the rampant homophobia in the period when Isherwood sought publication.

The exception is a single textual moment of defiance, when Isherwood and a friend are confronted outside a cabaret club by a gang of foreign college students:

“You queer too, hey?” demanded the little American, turning suddenly on me.

He stood there before me a moment, panting, thrusting out his jaw, uncertain it seemed, whether he ought not to hit me in the face. Then he turned, uttered some kind of wild college battle-cry, and, followed by the others, rushed headlong into the building. 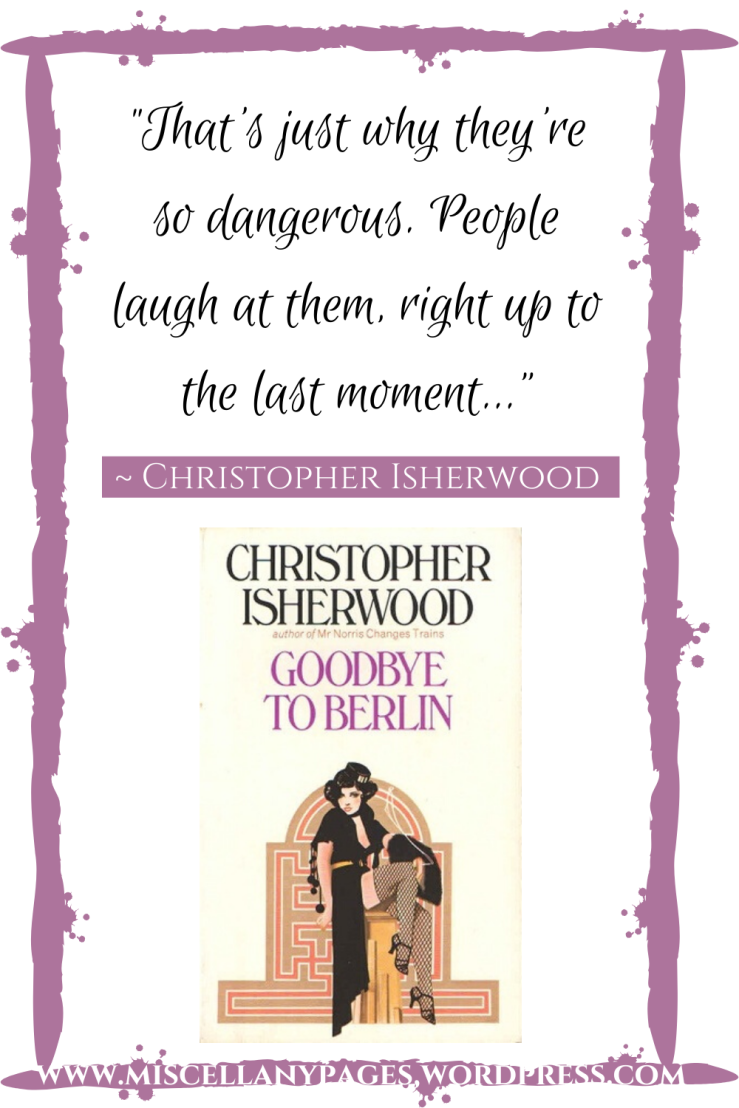 Goodbye to Berlin brings up heavy questions surrounding wartime reparations. I learnt in school about the Treaty of Versailles, and how it may have been one of the factors that catalysed World War II by plunging the German economy into ruin.

Textbook info is one thing, but this book shocked me by showing how drastically people’s lives were affected by such policies: families across the spectrum of social class lost everything.

Isherwood forces readers to consider how the aftermath of a conflict should be handled. Is it important for the conquered side to be punished, or does this create a cycle of violence?

“That’s just why they’re so dangerous. People laugh at them, right up to the last moment…”

Read if: You are interested in a rich yet unsettling portrayal of 1930s Berlin.

If you liked Goodbye to Berlin, I would recommend The Bonfire of the Vanities by Tom Wolfe – an equally character-centric representation of city life, this time set in New York.

Have you read Goodbye to Berlin? Do you have any other short story collections to recommend? Let me know in the comments – I would love to hear from you!

2 thoughts on “Goodbye to Berlin by Christopher Isherwood: Rich Yet Unsettling Portrayal of 1930s Berlin”