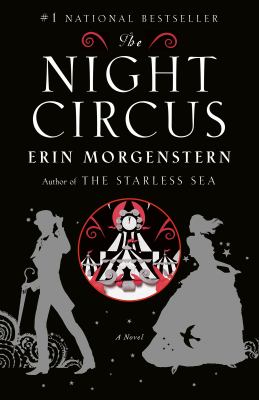 Synopsis: Les Cirque des Reves, or Circus of Dreams, can only be entered between sunset and sunrise. Until one evening when it will disappear as suddenly as it arrived, only to reappear in another city, another country. The acts are familiar – acrobats, fortune tellers, mirror mazes, illusionists – but not as they have been seen before.

The performers seem to belong to another world, one where the boundaries of reality widen. When dark occurrences begin to blight the circus, an unprecedented force at its centre is finally revealed to them.

As I’ve got older, I’ve been reading less and less fantasy – The Night Circus only came onto my radar as a book club pick. I thought that as a fully-fledged adult I preferred books set in reality, but this story has made me perform an abrupt U-turn!

I had forgotten how immersive a form of escapism a good fantasy novel. Deadlines and other pressures faded away as I tried to wrap my imagination around the intense, ambitious concept of the circus. 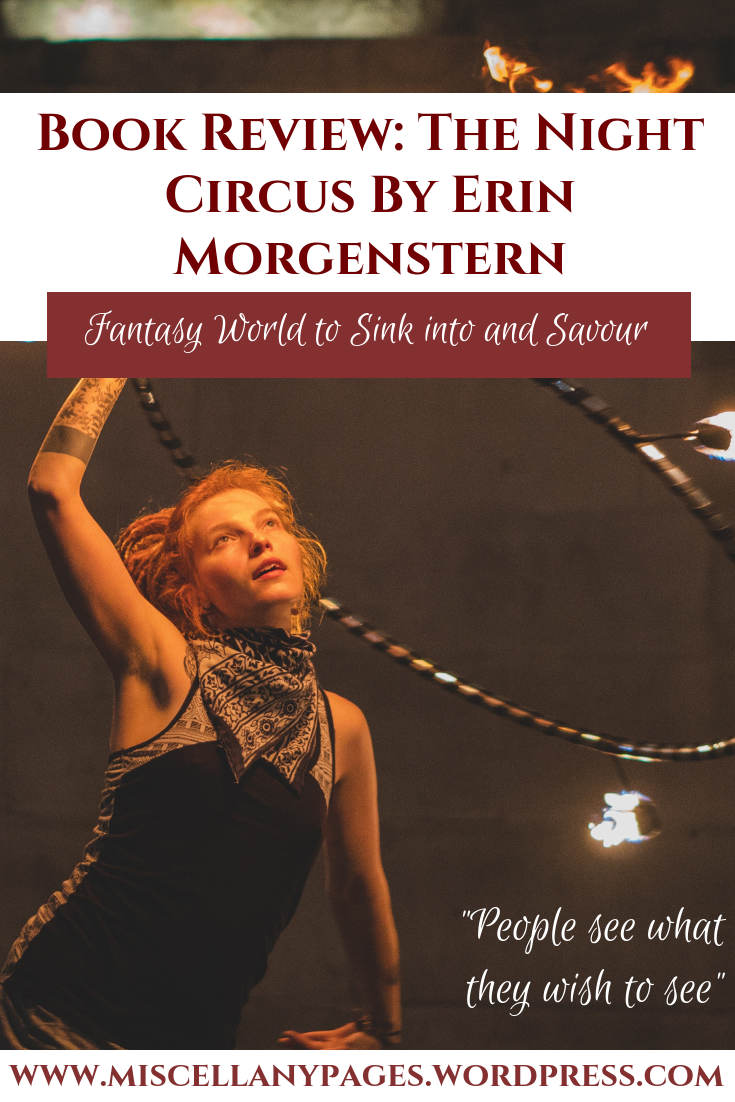 Descriptions are usually the parts we skim over to get back to the dialogue and action. However, I relished Morgenstern’s depictions of the circus, which were exquisitely vivid yet left space for my own imagination. The images of the circus played on my mind going about my day, as I tried to complete this mental picture in all of its intricacies.

The Night Circus has a non-linear timeline, which not only increased the suspense but allowed the story itself to reflect the slightly disorientating world it describes. Whenever I imagined Morgenstern writing the novel, she was surrounded by detailed timelines, with maps and sketches all over the walls! I have no idea if this was actually the case, but I hope so!

The Night Circus is such an intriguing story – rather than a mystery within the story, the book itself is one big enigma. After all this build-up, I was crossing my fingers for a satisfying ending. It was unexpected and did not disappoint!

“The circus is not the event – it is only the venue…”

On that note: beware of spoilers in synopses of the book, as I have seen lots of them around. It is better to know as little as possible about the story before reading. That’s why my little synopsis above is deliberately vague!

I found that the short chapters kept the plot pacey. It’s one of those books that’s easy to stay up late with! Having said that, I enjoyed savouring it over a longer period of time so that I could spend as many days as possible in its magical world.

The novel features a large cast of characters whose lives intertwine. My favourite has to be the relationship between Bailey, Poppet and Widget. They are charming, eccentric characters and the genuine friendship/compassion between them is prioritised above any romance.

These quirky characters are typical of the enchanting world that the author has created. If everyone was as imaginative as Morgenstern, I am certain there would be a lot more joy in the world.

“You may tell a tale that takes up residence in someone’s soul, becomes their blood and self and purpose … There are many kinds of magic, after all”

Read if: You are in need of a fantasy world that you can sink into and savour.

Have you read The Night Circus – what did you think? Do you have any recommendations for fantasy books I can read next? Let me know in the comments – I would love to hear from you!

6 thoughts on “The Night Circus by Erin Morgenstern: Fantasy World to Sink Into and Savour”