I’m bringing back my book review of The Handmaid’s Tale for any dystopian lovers looking for a gripping, disturbing and powerful read this summer.

Synopsis: Offred is a Handmaid in the Republic of Gilead. One of the few remaining fertile women after radiation poisoning, she is ‘gifted’ to one of the high-ranking Commanders of the regime. Subject to an uber-controlling, militarised rule, she fights to survive without forsaking her free will and capacity for passion – in a world where love has become surplus to function.

Review: Margaret Atwood is keen to define The Handmaid’s Tale as ‘speculative fiction’. No events are included that have not happened historically and no new technology is invented. The plausibility this creates makes the novel even more chilling.

Reading Atwood’s new 2017 introduction to the book, I knew immediately that it wasn’t one I would put down easily.

…is the Handmaid’s Tale a feminist novel? If you mean an ideological tract in which all women are angels and/or so victimised they are incapable of moral choice, no. If you mean a novel in which women are human beings – with all the variety of character and behaviour that implies…then yes.

I was intrigued by her ironic wit, and I knew the book was going to be one that stands out from the crowd.

The characters in The Handmaid’s Tale are complex and ambiguous. We are left trying to puzzle out their motivations, as Offred does as she tries to separate friend from foe. Every chapter is dripping with symbolism, but I found this did not stutter the flow. In fact, spending time in Offred’s creative and haphazard thoughts, with limited dialogue, enhanced the sense of claustrophobia. A lot of the story takes place in flashbacks, with the reader left to try and piece together the characters’ lives and left in uncertainty right through to the ending, which is (no spoilers I promise!) clever and entirely unexpected.

This book has been raised to a status meaning that it is rarely ‘reviewed’ any more but instead ‘discussed.’ Its literary credentials are obvious, but as well as this it provides a richness of arguments and warnings, to be thrown in the faces of aggressive regimes, complacent governments and power-hungry politicians.

The Handmaid’s Tale is not just literature. It’s ammunition. 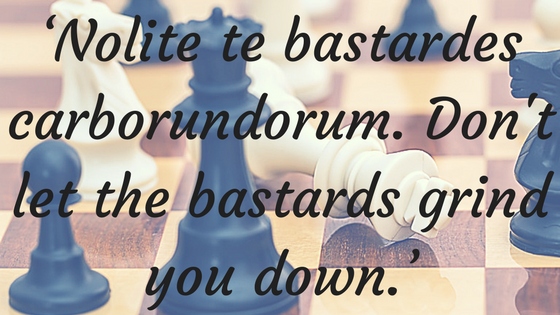 Read if: you like the sound of a powerful, gripping and disturbing dystopian.

Have you read The Handmaid’s Tale? What did you think? Feel free to share your opinion in the comments!