In this weekly post, I will be choosing three books that best exhibit a certain literary feature, whether it is the best beginnings, endings, or anything in between! If you have suggestions for a ‘My Tuesday Trio’ post I would love to hear from you.

This week I will be choosing my top 3 most evocative settings in literature: 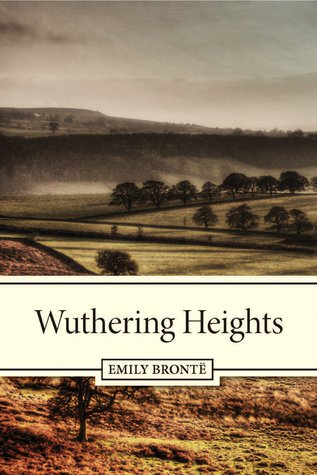 Synopsis: When Mr Lockwood moves to the countryside in avoidance of a social indiscretion, he is shocked at the gruff and uncivilised reception by his landlord and neighbour Heathcliff. However, an old servant soon explains to him the story behind this frowning recluse of Wuthering Heights. The tale she spins is one of social divides, wild spirits and one of the most intense love stories of all time.

Why Top Three? The isolated house of Wuthering Heights – buffeted by the relentless winds, overlooking the bleak Yorkshire moors, seeming to shun civilisation itself – is an image that remains burnt onto readers minds after finishing the novel. Its wildness forms a stark contrast with the manor of Thrushcross Grange. A setting powerful enough to form the book’s title, it acts as a perfect emblem of Heathcliff and Cathy’s untameable and socially transgressive love.

Synopsis: Life in Famagusta seems idyllic, with its luxurious hotels, postcard beaches and a thriving tourist trade. However, tensions between the Greek and Turkish Cypriots are mounting and families that once called each other neighbours – even friends – will soon find themselves at war. The story follows two mothers, Emine (Turkish Cypriot) and Irini (Greek Cypriot), their troubled families and their wealthy employer Aphroditi, wife of a successful hotel owner. As Famagusta turns from a coveted destination into a war zone, they are left fighting to reclaim what is left of the lives they have been forced to leave behind.

Why Top Three? The beach resort of Famagusta is portrayed in such vivid detail that I could almost feel the waves lapping at my toes. However, Victoria Hislop also evokes the haunting atmosphere of Famagusta as a ‘ghost town’ where nearly all of the occupants have fled from bombing. This jarring change from chapters tracing a warm, relaxed life to narrating a struggle for survival creates a powerful impression of the suffering created by war.

Synopsis: Aaron Falk is heading back to his hometown for the funeral of an old friend Luke. Everyone believes the death was suicide, but something doesn’t seem to quite add up. As Falk is drawn deeper into the investigation, he threatens to unearth secrets that have been all but forgotten. Meanwhile, the suspicion that is rife throughout the town starts to point towards him – because all those years ago, Luke was Falk’s alibi for murder…

Why Top Three? The Dry is set in an Australian small town in the midst of the worst drought seen for decades. Jane Harper’s choice of this oppressive setting makes for a thriller that is unforgettably tense. The stifling heat combines with doubts and suspicions surrounding Luke’s death to create an atmosphere nothing less than incendiary.

You can read my full review of The Dry here.

Who is your favourite literary setting? Let me know in the comments, I would love to hear from you!