A couple of weeks ago I gave myself a break from the stress of A-Level revision by going to watch Oscar Wilde’s play The Importance of Being Earnest performed by Split Second Productions. I don’t think I have ever laughed so much in a show! I left with that wonderfully light-hearted feeling that only great comedy can bring.

The venue I attended for the performance was an old Victorian house, perfectly suited to the timeframe of the play. I had to walk up the steps of its imposing façade to buy my programme, and then became lost in an opulent labyrinth of rooms trying to track down the ladies’ loos! This grand setting seemed to take me back to the staid and repressive conventions of Oscar Wilde’s time and definitely contributed to the irreverent atmosphere of the play. 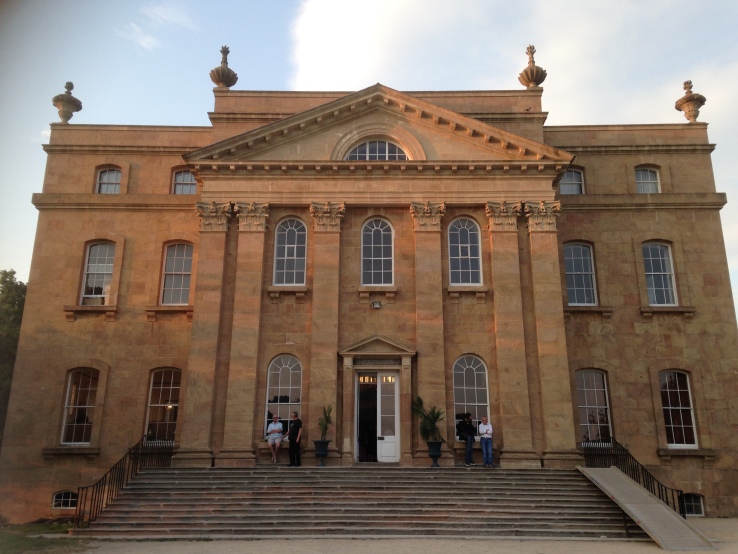 The room in which the performance took place was also unusually set out. Rather than the actors on a stage and the audience in front, they performed in the centre of a ring formed by the audience. The intimate feel this created had a softening quality on the impressive magnificence of our surroundings. I felt I had been transported back in time before the play even began!

Algernon and Jack are two gentlemen who have invented fictional identities that allow them to escape the prudishness of upper-class Victorian life.  However, when they both fall in love these dual identities soon lead to hilarious misunderstandings and entanglements that seem to stand in the way of achieving their marital bliss. Comedy of manners, farce, melodrama and satire all combine to make the play an irrepressibly witty mockery of Victorian society.

In matters of grave importance, style, not sincerity, is the vital thing. ~ Gwendolen

The quality of the performance that immediately stood out was that seven parts were performed by only two actors! When somebody sat next to me explained this before it started I was left wondering how such an ambitious premise could possibly work, but it did! The creativity and inventiveness required to orchestrate such a shake-up of the play were incredible. Character switches mostly took place using very ostentatious hats to represent each role. An ensuing chaos of costume changes, hat-fumbling, exaggeration, and the occasional hiccup that juxtaposed a deep voice with a very effeminate floral hat, was the result! Such entertaining absurdity perfectly captured the exuberant wit of Wilde’s play.

My duty as a gentleman has never interfered with my pleasures in the smallest degree. ~ Algernon

I really would urge you to go and watch a performance of one of Oscar Wilde’s plays if you can! I had already read and re-read The Importance of Being Earnest about three times as part of my A-Level study, but the humour is brought out most in seeing it performed. Even if you go by yourself, as I did (the only lone audience member except for the critic!), it takes nothing away from the enjoyment. I find that at such events people are very friendly and I was never short of someone to chat to in the interval or share my enthusiasm with at the end. Nothing brings people together like laughter!

Have you read any of Oscar Wilde’s plays or seen them performed? What did you think? I would love to hear your thoughts, particularly any recommendations you have for the next Oscar Wilde play I should read after The Importance of Being Earnest.

2 thoughts on “Theatre Review: The Importance of Being Earnest by Oscar Wilde (Split Second Productions)”